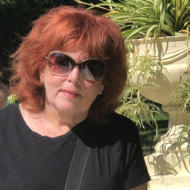 Bonnie Steinberg
Bonnie Steinberg is a practicing artist and a popular art teacher. She is a graduate of York University where she received her Honours Bachelor of Fine Arts (B.F.A.)
This user account status is Approved
About About
Photos Photos

About Me
Bonnie
Elected
Steinberg
CSPWC , SCA, and signature member and Platinum Member of Distinction for the TWS.
Thornhill
ON
Canada
Find My Work Online
Biographical Info
Bonnie Steinberg is a practicing artist and a popular art teacher. She is a graduate of York University where she received her Honours Bachelor of Fine Arts (B.F.A.)

Bonnie Steinberg, is a popular and highly respected artist and art instructor, conducting workshops and classes in Ontario, and the United States. Her most recent workshops also include the Maritime provinces in Canada and several workshops in upstate New York, including Cornell University. Bonnie is a graduate of York University, and is an elected member of the Canadian Society of Painters in Watercolour, (C.S.P.W.C.), the Society of Canadian Artists,( S.C.A.),  and a signature member of the Toronto Watercolour Society,(T.W.S.).She also holds the bronze, silver and gold achievement medals for having been in more than 25 juried shows.

Bonnie has exhibited extensively in both solo and group shows. Throughout the history of her career, she has acquired wide success, having her works displayed in galleries and art exhibits throughout Canada and the United States.    She is the recipient of many awards, and her work can be found in many collections.  The front cover of the 75th anniversary brochure of the C.S.P.W.C. illustrates Bonnie’s  painting in the Permanent Diploma Collection.

Bonnie’s  watercolours encompass a variety of subject matter, with    architectural detail, being her latest achievement. Ordinary “slices of life” are other choices.  Her use of high- keyed colour, and dramatic light make Bonnie’s  paintings instantly recognizable.

A recent exhibit of her work, covered paintings ranging in a variety of subject matter, from Architecture, to landscape, to still life. She states the following objective:

"My visions encompass my views of the world and will aim to give the viewer a glimpse into the world. If this relationship occurs, the painting has been successful."