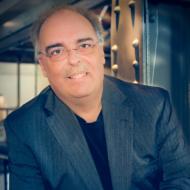 Martin Gaudreault
https://martingaudreault.com/
A native of Roberval, Québec, Martin Gaudreault is a self-taught photographer. He has been pursuing his passion for photography for over 25 years.
This user account status is Approved

Find My Work Online
https://martingaudreault.com/
YouTube
Facebook
Twitter
Instagram
LinkedIn
Profile At A Glance
A native of Roberval, Québec, Martin Gaudreault is a self-taught photographer. He has been pursuing his passion for photography for over 25 years.

A native of Roberval, Martin Gaudreault is a self-taught photographer. He has been pursuing his passion for photography for over 25 years.

In 2017, he obtained a silver medal from the Academy of Arts, Sciences, Letters of Paris which recognizes his work as a photographer. In 2018, Mondial Art Academia and its jury of the International Prize for Professionals in Art awarded her a silver medal for her photography entitled "Happy Spring". He then became the first photographer to be admitted to the Académie Internationale des Beaux-Arts du Québec (AIBAQ). In addition, Mondial Art Academia awarded him the title of Chevalier and appointed him as photography delegate for the Saguenay Lac Saint-Jean region. To date, he is an associate member of the Society of Canadian Artists, a member of the Canadian Association for Photographic Art and a professional member of the International Collective of Artists ArtZoom (CIAAZ).

In June 2019, he was inducted as a member of the Order of Blueberry for Arts and Culture, a recognition that highlights his influence on the artistic and cultural scenes here and abroad.

It was selected in 2017 and 2018 by the Société nationale des Beaux-Arts de Paris to exhibit at the Carrousel du Louvre. He has also participated in group exhibitions in 2017 in France and Montreal, including: Artistes du monde in Cannes, at Galerie la Têt de l'Art in Forbach in the exhibition Le Canada rencontre l'Europe, also presented at Galerie Le Livart in Montreal under the title L'Europe rencontre le Canada.  At the opening in Forbach, it was said of him that "the importance of the artist's subjectivity and emotion can be found there".

Martin Gaudreault participates in numerous group exhibitions (in Venice, London, Florence, etc.) with the Merlino Gallery in Florence (Italy), which represents him in this country. It is also represented in Quebec by the Urbania Art Gallery located in Quebec City. In 2018, he presented two solo exhibitions: Enconfluence of Lights was presented at the Bibliothèque Georges Henri Lévesque in Roberval and La ligne du temps was presented at the Galerie d'Art Urbania in Quebec City.

Prolific, René Richard is undoubtedly one of the Canadian painters (he was also a photographer...) who best expressed the nordicity, solitude and primitive life of the great territorial spaces marked by the seasons. As his great uncle, Martin became aware of his influence on his photography through his various works expressing the diversity of Quebec landscapes. Passionate about the changing colours of the seasons, his photographs reflect the contemplation and appreciation of the landscapes of our world. The capture of each moment becomes the testimony of his vision on the world in which we live. In this perspective, his photographic works shine as much in Canada as on other continents. The many international exhibitions in which they participate testify to this and contribute to his reputation as an artist-photographer.

Photographer Henri Cartier-Bresson is known as a French photojournalist and draftsman. Known for the precision and graphic design of his compositions, he has distinguished himself above all in street photography, representing the picturesque or significant aspects of everyday life.

The concept of the "decisive moment" is often used in relation to his photos, but it can be considered too simplistic and preferred to use the concept of "photographic shooting", which takes into account the context. For some, he is a mythical figure in 20th century photography, which a relative longevity of his photographic career allows him to cross, by looking at the major events that marked the middle of the century. Cartier-Bresson influenced Martin Gaudreault, since his sports shots capture his moments and, above all, allow him to reflect the atmosphere of the events, their contexts and their difficulties.

More contemporary photographers, Mia and Klaus have also influenced Martin's photographic practice, presenting the various regions of Quebec. Their numerous photographic publications have testified to the beauty of Quebec's landscapes, revealing the emotions felt and the great diversity of the landscapes.

These influences are felt through Martin's digital eye. He tries to humbly transpose his vision of the world into his photographic works; a calm, passionate and happy vision.